Those who know me, know that pretty much the only time you will see shoes on my feet, is when I don’t have much choice about it.  Wearing my bare feet not only keeps me upright, but it also provides me with grounding and connection to the earth.  I know and feel a far greater sense of wellbeing without souls between me and the ground. 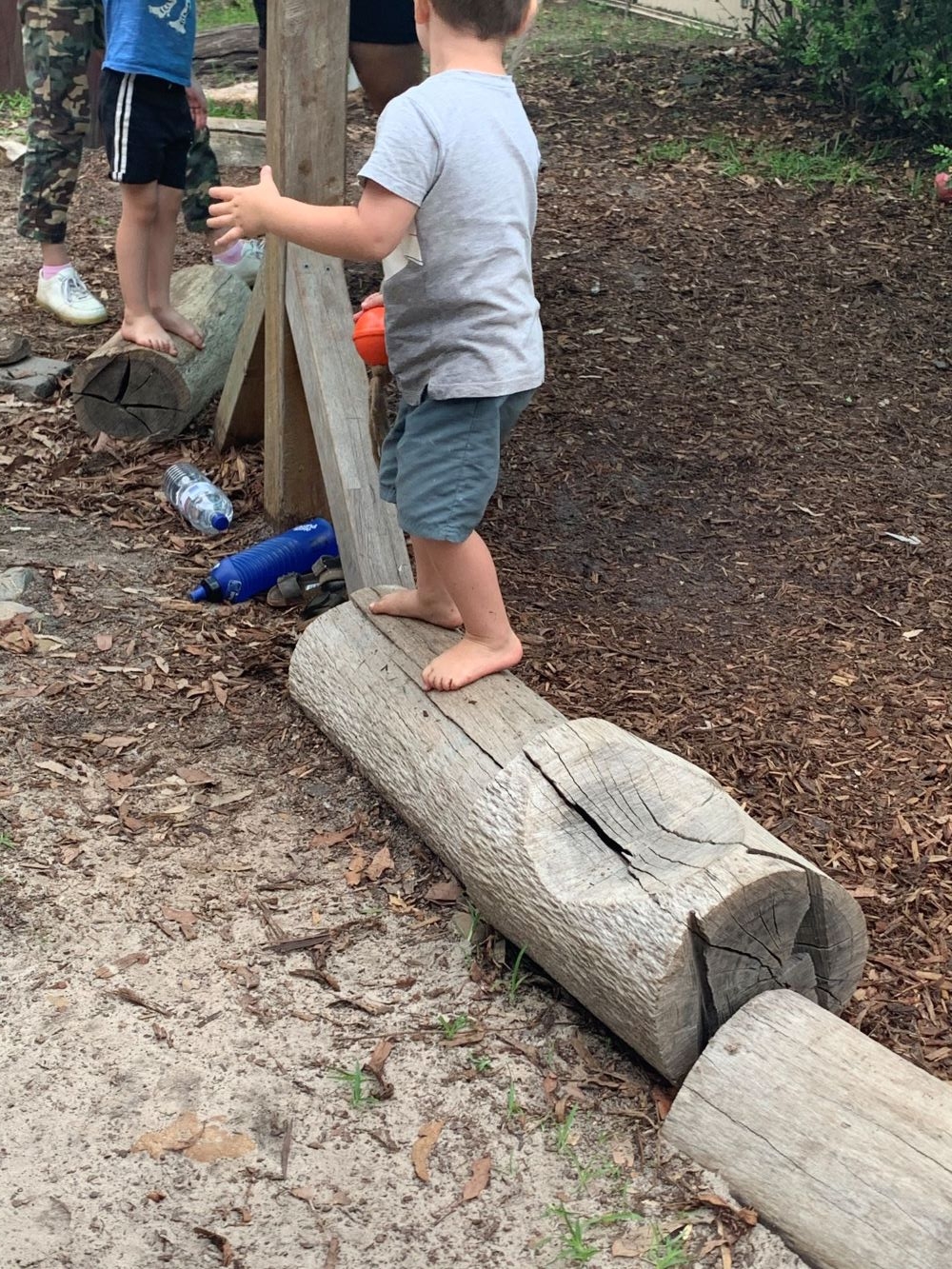 For children whose little feet are still growing and developing, whose bones are still properly forming – going without shoes is an absolute must.  A study undertaken in India in the early 1990s, found that children who wear shoes are significantly more likely to have flat feet, compared to those who don’t.  This study suggested that wearing shoes in early childhood is detrimental to the development of a normal or high medial longitudinal arch (Rao and Joseph 1992).

The hard soles on shoes alter the way that we move about the earth.  The nerve sensors on the soles of our feet are not activated fully as we walk on uneven ground.  The sense of touch that sends messages to our brain does not activate as we walk on ground with different touch sensations – knowing how smooth rock feels, as opposed to sand cradling our feet as we bear down; feeling hard dry earth as opposed to gooey mud going between our toes; the sensation of soft cushioning grass or the often uncomfortable piercing of gravel. 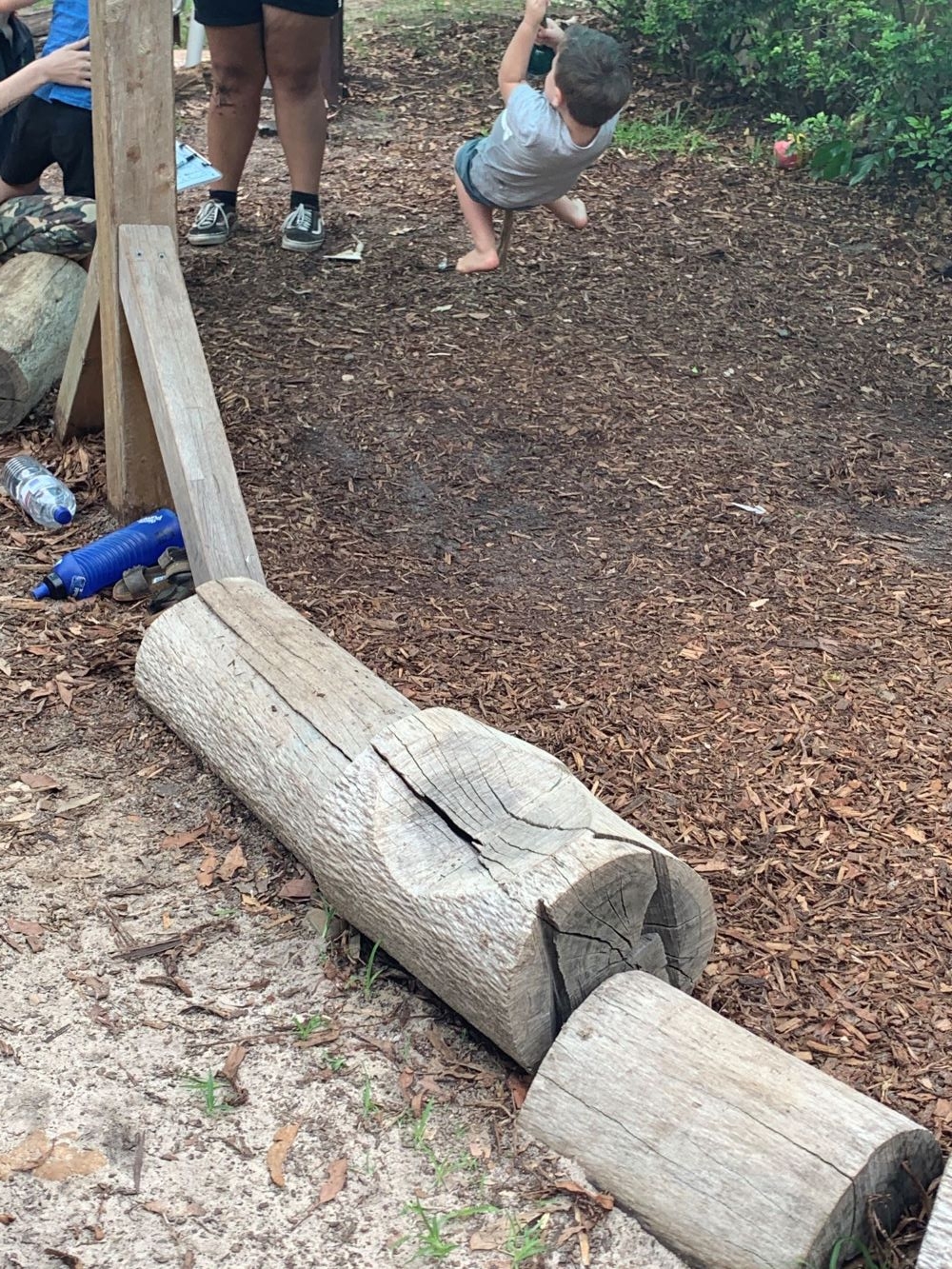 Shoes limit the natural flexibility of our feet – the 26 bones, 30 joints and more than 100 muscles, tendons and ligaments that work together to provide support, balance and mobility.  Without the full function of this anatomy, we are unable to move as skillfully and gracefully as we are were built.

Xavier is a perfect example of this!  While visiting one of our services recently, I had some time to sit in the outdoors and observe children at play.  One of my most favoured activities (after walking on the beach barefoot that is!).  As I walked into the outdoor space – a wonderland providing a smorgasbord of natural sensory experiences for children – my gaze was caught by this young man playing with a rope swing.  I’m going to go out on a limb, and say that he was attempting to mimic the activity of some older and more developmentally mature children (the wonderful advantage of having a multi-age environment!).  Xavier was holding onto the rope, and attempting to step onto a log beside the swing frame.  I do have to give him the fact that he was extremely persistent, as the attempts went on for quite some minutes while I watched, and had probably been going on for a while prior to that also.

Immediately obvious to me, was the fact that Xavier was wearing a little pair of sandals, with soles as flexible as a 2×4!  However, I decided not to interrupt his attempts.  I have known children to actually work out for themselves that shoes are a great inhibitor to balance on the rounded surface of a fallen log.  Eventually though, he gave up on his attempts to launch himself from the log – and took himself back to ground level to swing on the rope.

Now, you may well say that engaging in that swinging, from whatever perspective – is great for building upper body power, and developing strength in the muscles in the hands.  The action of swinging is also a significant activator for vestibular development.  BUT – what about not only those feet, but the formidable feeling of triumph when you finally succeed in doing something that you put so much effort into! 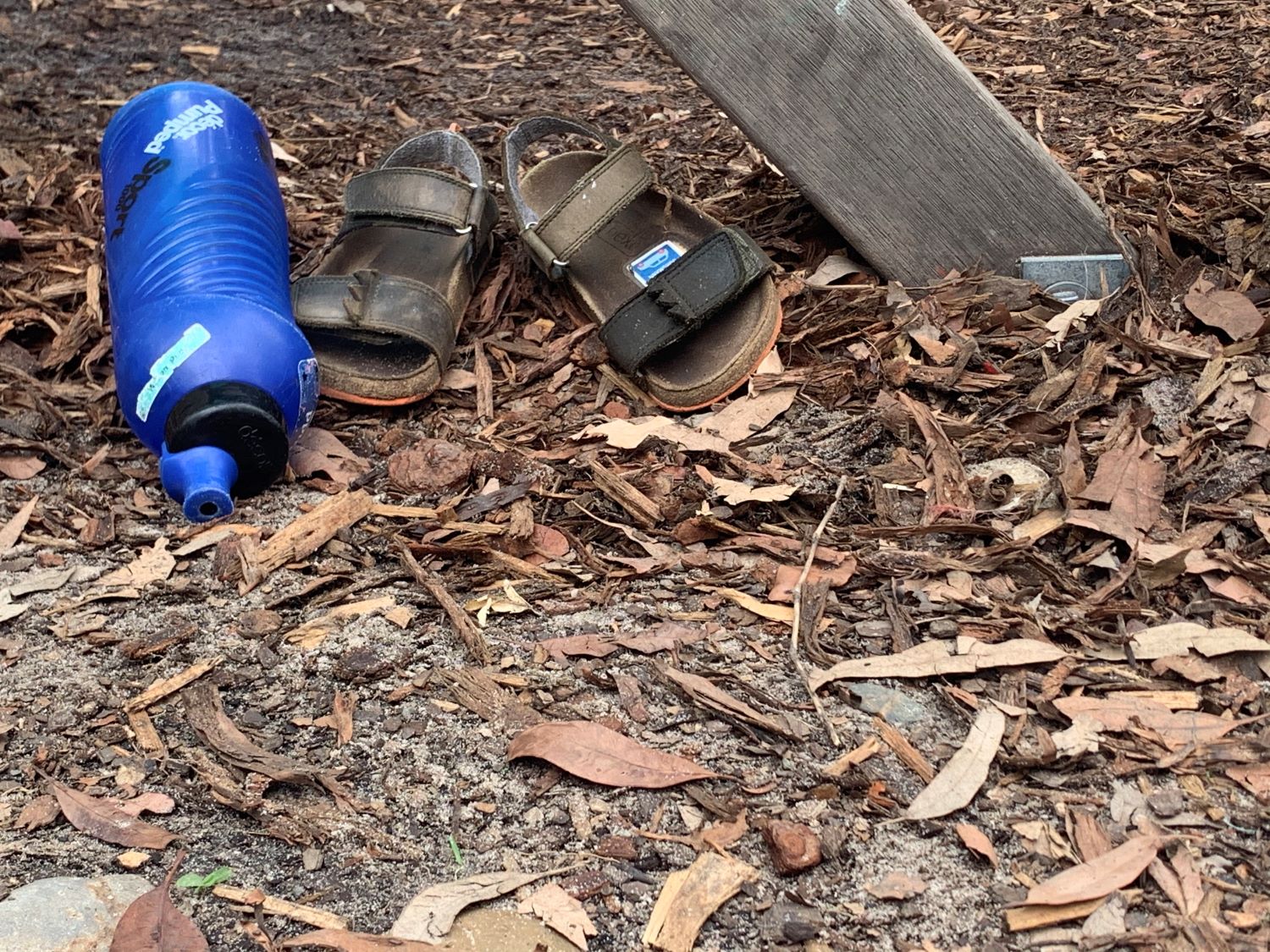 Eventually I went over to Xavier, and introduced myself to him.  You should probably be aware of the lack of shoes on my own feet as well.  I told him I had been watching him trying to swing from the log, and then asked how he felt about taking off his shoes.  His immediate reaction to this was to let go of the swing, bend down – and enthusiastically rip the Velcro straps open to flick the shoes off his feet.  At this time I suggested to Xavier that now he could feel the ground under his feet, that he could try balancing onto the log again. 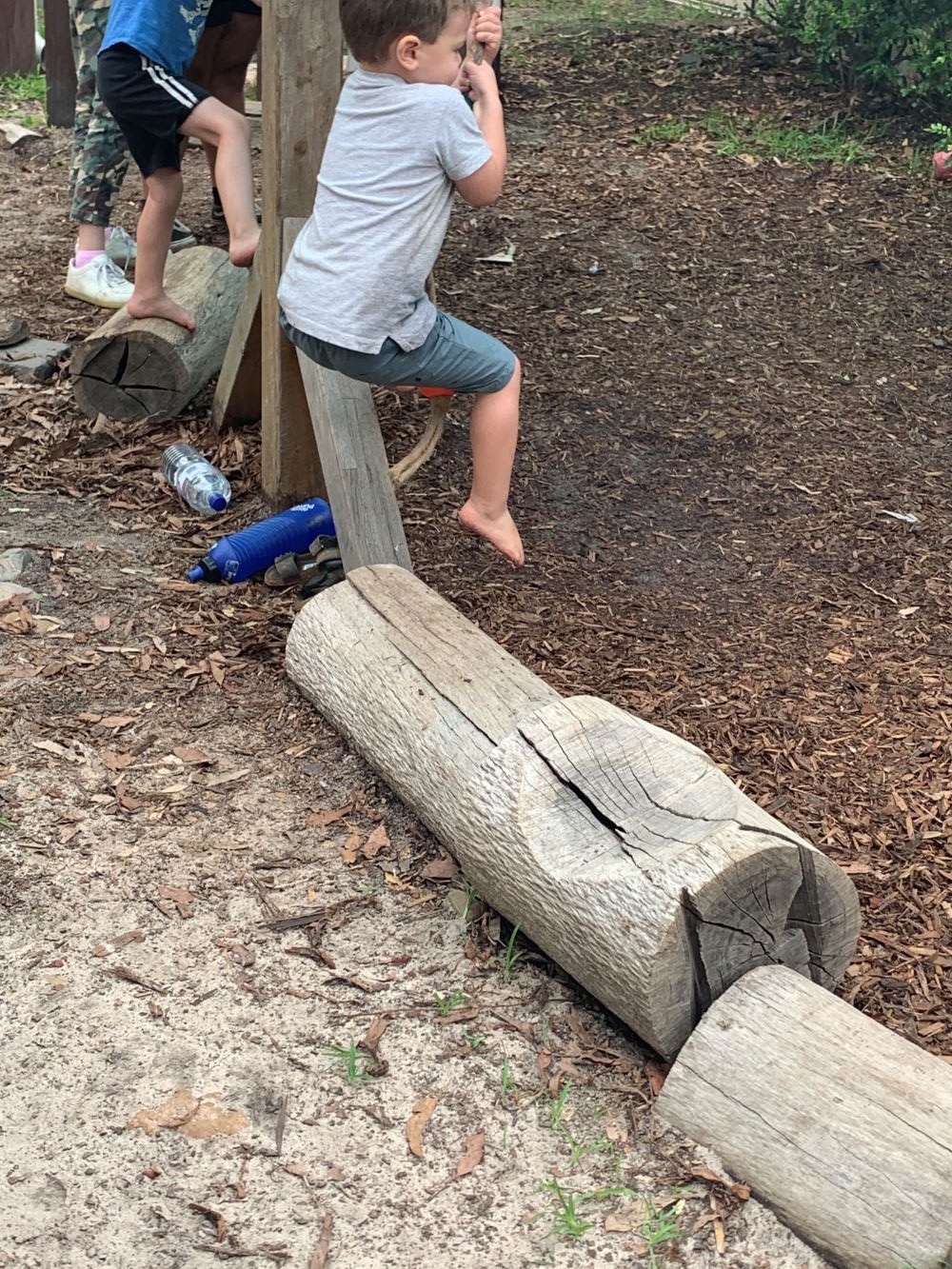 Xavier immediately set about recommencing his trial of stepping onto the log and retaining his balance.  And what would you know – after only a couple of shaky first attempts, he got onto that log and was able to balance like a pro!  Seeing his beaming face as he launched himself from the log on holding onto the rope, was an absolute privilege.  And as I continued to watch, he continued over and over to do the thing that he had set out to do in the first place.

The morale of the story of course, is to let our children play naturally – barefoot and carefree.  The benefits are countless, and the feeling is tremendous.  Oh – and make sure you get your own shoes off as often as possible.  There are many benefits for us all. 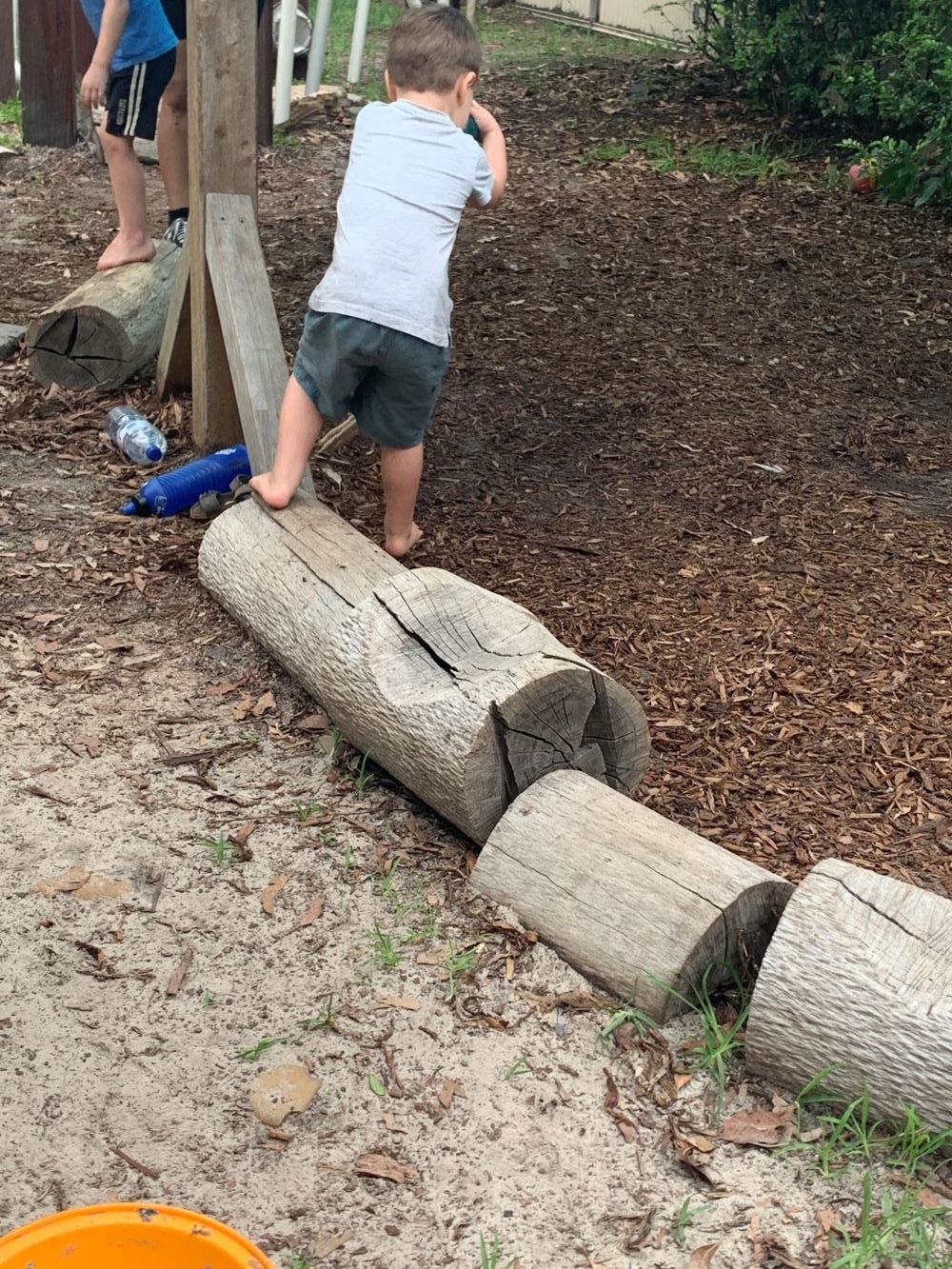 How to Create Positive Bedtime Routines? Change
Scroll to top
Request a Tour
Subscribe To Our Newsletters
Vacancy Enquiry