Over the course of the past month, we have been getting ready for our new secret garden. We moved our garden beds in the yard over to the new garden area, but that gave us something else to think about. 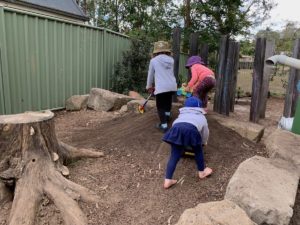 What should we do with the old dirt from the garden beds? After some discussion, we decided to make a truck area for the children to play in. We also chose to include the children in this project. We sat down with the children and asked them what they wanted. 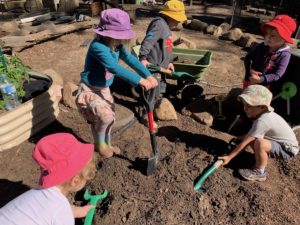 They told us they wanted some hills in the track to push the trucks up, so together with a few children we marked the play area and then started moving the dirt. It was pretty fun moving the dirt with the children especially when we dug up worms, grubs, a few spiders and lots of ants. 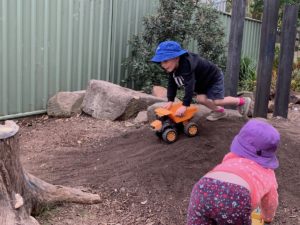 This lead to plenty of discussions about all the creatures that live in the dirt as the children (and educators) moved the dirt over to the new play area. These discussions and the team work that moving the dirt provided really brought a new dimension to the project with children excitedly showing their parents what they and their friends had added to the area each day. 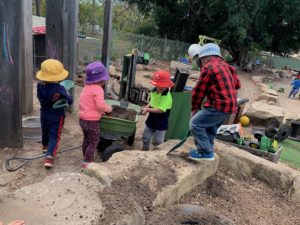